My shift for thsi week is from 10pm to 6am in the morning on next day...thas why im a little bit groggy when my boss called me to come to the office today to accompany our Russian friend from Infinet Wireless to install their Non Line of Sight Wireless Router. This wireless router is also one of the cool wifi gadgets available in the market. Although, configuration is mostly done on CLI but it is compatible to any third party web console, if you would like to develop your own. Gotta prepare....i wonder where are we going....is it to Villanueva or Claveria?
Posted by Speed at 3:18 PM No comments: Links to this post

After more than 48 hours, at last i finished the stress test for Zyxel P660R Modem. I have checked its parameters including CRC errors or any malformed packets that occur during the traffic flood test. Well, its all clear, with only 9 CRC errors which is negligible in compare to the number of bytes it received for almost 3 days. Looks like this traffic generator i got frm the net is quite useful after all. Hopefully, I will found a free tool that is able to simulate VoIP traffic, so it would be more easier for us to analyze VoIP problems.

As of now i am trying to simulate a setup where each subscriber aside from Internet connection, will have a VoIP access. Some kind of a VoIP on DSL thing. Well, the idea is to create a separate PVC on every DSLAM port allocated for VoIP and allow some settings on QoS. I have not started it yet, but hopefully soon.

Posted by Speed at 12:37 AM No comments: Links to this post

Just wrap up the final test procedure i have with Proxim 5054R Subscriber Unit and its Base Station Unit. I was concentrating on the QoS feature which was added recently as a new feature in their new firmware. Tried to hook up two VoIP gateways on SU and BSU and observe voice quality while calling the other number. Fortunately, my colleague "mole" have prepared already the connection to the softswitch, so i just change the IP address of SU and BSU to be able to register and pick up a dial tone. Proxim has too much to offer in this new firmware. You can configure 64 logical channels to carry specific traffic and identify each prioritization by using service flows and packet identification rules. Well, it is definetely cool to see those bandwidth management-like feature in a wireless radio. Considering, that nowadays, traffic does not concern only on data, but voice and video as well. Tried to add 2 new PIR(packet identification rules) for upstream and downstream traffic, specifically for g729 codec voice traffic. Also tried to set ToS marking 7 as high priority to allow Real Time Traffic be first in the queue whenever it is detected. Then i also make sure that on the PIR the destination IP and Source IP is defined to make sure that the vocie traffic from both gateways will be detected as high priority.

Then, with dial tone coming on both phones, i dial the other access number and make a voice call. While the voice traffic is streaming, I observe the actual bandwidth allocated for Best Effort traffic. I notice that when I speak loudly, bytes per second for BE traffic goes down to 0. Ahhh...QoS is really working, BE is allocated with 128 kbps and VoIP is also allocated with 128kbps CIR/MIR. Since, VoIP has the higher priority, so all the available bandwidth is used by VoIP leaving BE traffic with nothing. Ahaa!! i guess my friends in Dataworld would be glad to know that their QoS works after all on their beloved Proxim....Hmmm what the use of my being Proxim Certified Broadband Specialist if i cannot make it work hahahahaha too much wind gushing here...well thanks for reading to those who are hardware techie out there....
Posted by Speed at 6:20 PM No comments: Links to this post

Been spending my time scouring the world wide web looking for a PC benchamrking tools to use. Have downloaded one but it is just a demo, and has very limited features. However, there is a freeware called Prime95 which has a torture test to check your memory and CPU stability which I use to check new PC arriving. But, i was reading my emails, when this techie guy shares his favorite freeware sites which contains pirated software and utilities. Well, it is definitely cool and at last i have found one complete PC bencmarking tool to download. The software is 3DMARK05.

Also i luckily found one good traffic generator in the net, which i am using now in doing torture test to several routers, switches, and wifi radio here in the table. Try searching it in Google..the name is traffic-0.1.3. This will answer your questions such as "will my router fall apart if there are 100 tcp/udp sessions running through it?...or will my wifi radio crash apart if there are 100 clients bomabrding it with udp packets?...Hmmmm i think this one tool will definitely solve some of our network problems outside...maybe?
Posted by Speed at 3:25 PM No comments: Links to this post

Hey guys, check this out. For as low as 0.130US cents you can call Manila landlines from your yahoo messenger. Other countries also charges as low as 1US cent to call landlines or mobile phones. For Manila, it is worth 6 pesos only per minute to call anyone direct from your yahoo messenger without bothering to dial operator assisted hotlines. Aside from the free PC to PC calls, this offer might be one good alternative when trying to call relatives abroad.
For yahoo global rates check this link.

For insructions on how to call, check this link
Posted by Speed at 8:12 AM No comments: Links to this post 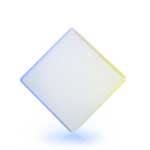 Just opened a box which contains the Proxim Radios ruggedized type sent by Dataworld. I was informed that this new Proxim radio has upgraded itself to a new software revision which allows QoS features to be configured, specifically for Voice applications. I am just having trouble looking for the other laptop since it was borrowed to test an IP VPN box of Engineering. Quite a good looking radio, which comes with a 17 dbi sectoral and 18 dbi Panel Antenna. I had my first glimpse of its software and it looks ok specially the QoS flavors stuffed inside. For readers, QoS means quality of service. Basically it means, prioritization of traffic in a data network. It allows you to identify what traffic, from which traffic or from whose traffic you would like to prioritize in a data link. Usually we need this for RTP(Real Time Protocol) traffic which comprised mostly of voice or video. Voice traffic for one is a latency(delay measured in milliseconds) sensitive data, which requires that both sender and receiver synschronized for quality voice communication.So in a data link, we usually employ QoS on both ends to be sure that Voice packets are streaming with no problems.

Tried to power up both radio and access both consoles on Subscriber Unit and the Base Station, yet both cannot connect to each other. Check config and notice that both were configured to maximum 36mbps speed which has actual throughput of 20 to 24mbps. Since the antenna were just a feet away, i thought it might be affected by too much reflection signal on both walls, which produce multipath fading. Sometime those reflected signals create some kind of a negative resultant to other signals which cancels the legitimate ones transmitted in a proper angle (ok?)With 5ms latency on both SU and BS, i degraded the data rate to 1024kbps and provide values for antenna gain. Reboot and well, it is now connected....good work. Well i just have to check this QoS by doing VoIP test which requires VoIP gateways and telephone to determine voice quality.

I feel this wireless thing..is too much for me now. Just want to learn something new like Linux,Ruby or those PHP stuffs. For a 3 months now, i have been handling too many brands of radio that i hardly remember anythin on how did i configure it to run(hehehe) looks like the radiation have toasted my brain already.
Posted by Speed at 7:41 AM No comments: Links to this post

Airspan Wimax is on air

at last, the Airspan AS4030 Wimax radio is now connected. With the help from our friends in the transmission department, the radio is now online with a maximum bandwidth of 5mbps. What we have to worry later is, the configuration of the E1 channels. With an RSSI of -71dbm, i guess is enough to established a good link. That was a good day, perhaps i can say i was the first to see and configure a Wimax Radio here in Cagayan de Oro, perhaps?....hehehe other telco are testing this too. I still have here another Wimax Radio which looks like those Nokia and Erricson boxes i have seen on Cell sites when i was working as a rigger/installer for Globe Telecoms before. (ummm..that was my first job)
Posted by Speed at 11:52 AM No comments: Links to this post